By now, almost everyone has heard of journaling but aren’t sure why it is so beneficial or how to get started. Journaling is similar to keeping a diary, but it can be kept with specific self-help goals in mind.

There are a number of reasons why people have kept journals throughout the ages. Many of the earliest ones in English were for the sake of reflecting on how the person could improve his or her life and be a better person. Interestingly, 2 of the earliest journals were written by women, Julian of Norwich, a nun, in the early 1370s, and Margery Kempe, a middle-class housewife in the 1430s.

Kempe met Julian of Norwich and was no doubt inspired by her. Both talk about their spiritual progress in their journals. Kempe also traveled widely to various famous pilgrimage sites, thus being credited as the author of both the first autobiography to ever have been published, as well as one of the first travelogues.

As the centuries passed, journals were also kept in order to record important historical events the journal-keepers lived through. One of the most famous diaries is that of Samuel Pepys, (pronounced PEEPS), who was a civil servant in the reign of Charles II of England. It is remarkable for 3 reasons:

1. it’s very frank and offer shocking details about his daily life;
2. the way it captures life in late 17th century England;
3. the fact that it was written in code and had taken centuries to decipher.

A less colorful, more stark example of a journal that has stood the test of time and will most likely be read forever is the diary of Anne Frank and her experiences hiding from the Nazis during World War II.

While you may not think you are living in the midst of great historical times, there are other reasons for keeping a journal. So if you’ve been curious about how to go about it, and why it can be so beneficial, let’s first start with a definition of what journaling is.

Proceed to Day 2 of your Journaling Course…

Let Us Help You Journal For Positivity and Self-Growth. Get 448 Free Positivity Printables To Add To Your Juicy Journals And Subscribe To Our Joyful Journaling Therapy Newsletter!

You will receive 64 Eye-Popping Colors in all! Check out 18 Colorful Pretty Samples here.

You have Successfully Subscribed!

This form collects information that we will use to send you VIP Emails from AshleyYeo.com. We are not spammers (not to worry) and will only email you when we have Journaling For Positivity and Self-Growth contents and deals worthy of your time. We will email you our Joyful Journaling Therapy Newsletter stuffed with Juicy Journaling Ideas, Prompts, Techniques and Freebies and each time we release our latest juicy journals, notebooks, planners, printables, specially created for you. For more information about our privacy practices please click here. By entering your email above, you agree that we may process your information in accordance with these terms. 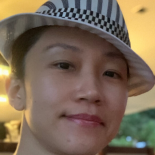 My name is I-Ping Yeo and I am a work from home mummy boss girl and the creator of AshleyYeo.com. I attempt to make a living online by creating and giving away/selling contents, words, printables and printed paper. I sell my products on this WooCommerce driven WordPress Website and also on Amazon under my alter ego Ashley Yeo.

As an often cloudy brain boss girl selling stuff online and an extremely fatigued mummy, I make a lot of mistakes trying to live positively as a good person through trial and error and listening to personal development guru hogwash and hearsay.

I attempt to sieve out the crap from the gems for myself since I don’t have the budget nor heart to outsource crap sieving to another human being.

I design my pretty printables based on my research and learning and to help myself feel less miserable, stay healthy and have a minimal stress work-life balance.

I am no GURU, I don’t even like the sound of that word and I love words. I spend loads of money on digital words and printed words each month. Shhh, don’t tell my other half.

I used to have a blog called Modern Homemakers when I was severely jobless, trying to make it as a millionaire blogger and living with zero passion. I would blog and whine about being a modern homemaker and that was many moons back. I like to think that I have grown as a person. I can only hope.

I tend to think that I am very different from Ashley Yeo (my alter ego) who can be really annoying to live with but I am sure my other half would beg to differ.

I live a structured life (or so I think), am formal and boring whilst Ashley Yeo attempts to live a bit more dangerously but within acceptable boundaries.

I produce contents mainly about ikigai (Japanese term for “reason to be”), infectious positivity strategies that I am testing, girl power, passion, positivity, planning and productivity.

Connect With Us For Juicy Journaling Ideas

21 SHARES
We use cookies to ensure that we give you the best experience on our website. If you continue to use this site we will assume that you are happy with it.OkPrivacy policy